The Power of Diverse Ideas: A Report From Saudi Arabia 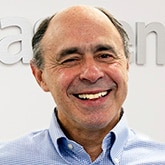 It was interesting that so many of the sessions at the recent International Petroleum Technology Conference (IPTC) in Dhahran, KSA, focused on diversity. This is, of course, a high-profile topic in Saudi Arabia, with the well-documented actions by the KSA government to provide women with increasing autonomy and freedoms in local society. But this was about professional work in the energy industry, a subject that goes far beyond Saudi Arabia, and despite a variety of initiatives, is still very much a challenge among the energy companies.

This year’s conference featured a high-visibility, plenary session on the importance and power of “diversity and inclusion” in the energy industry. I found the highly attended 90-minute session on “Inspirational Success Against Odds” interesting and important.

Two of the presenters were Americans, U.S. Consul General to Saudi Arabia Rachna S. Korhonen and Dr. Ramona M. Graves. But there are also plenty of signs of increasing diversity in the energy sector in the Gulf region, specifically with the nascent women’s rights advances happening in Saudi Arabia as a whole. The effort by Saudi Aramco (sponsor of the event) to focus on showcasing diversity seemed timely, quite significant and meaningful.

There were a lot of interesting soundbites from this panel discussion on diversity, but I’m going to focus on the talk by Dr. Ramona Graves, emeritus of the Colorado School of Mines, which was presented earnestly, powerfully and unassumingly.

Dr. Graves was one of the first women in America to earn a PhD in petroleum engineering, making her a true pioneer. And her story struck a personal chord with me, as both my mother and grandmother were pioneers in their chosen fields as well. My grandmother, born in 1900, earned a PhD and became a professor. And in the 1910s, when she entered college in Germany, it was a rare woman who was getting a college degree in a scientific field (she studied medicine at the Universities of Munich and Berlin, and later received her PhD from the University of Illinois).

In those days it was almost impossible for a woman to get a permanent position on a university faculty in the U.S., so my grandmother spent a decade as a non-tenured professor at several far-flung universities before earning a permanent position. So, through her experience, I understand the determination and self-reliance required to be a pioneer like Dr. Graves.

Dr. Graves’ story was compelling and gripping. She explained in graphic detail how the head of the department at Colorado School of Mines in the 1970s told her face-to-face, one-on-one, that he would do everything in his power to prevent a woman from graduating his department with a PhD. And then how that chairman’s successor, fortunately, told her the inverse of that.

Hopefully, as a global society, we’ve come a long way from those sentiments and those days. Dr. Graves went on to a range of important leadership roles, including department head and dean at Colorado School of Mines, and she has inspired generations of students. In Dhahran, she inspired an entire conference hall full of energy leaders.

Maybe her most important message was about what she called “diversity of thought.” She explained that as she broke barrier after barrier in the roles she was asked to take on, she literally had no female mentors to rely on. So she found herself, almost by necessity but certainly by example of male mentors, “thinking like a man.” Her point was that a woman may have different thought processes, creating solutions and innovation through a quite different method. And her message really wasn’t just about women; it was about many different ways of thinking based on a diversity of cultural, intellectual and experiential backgrounds.

She also drove home the point that the area of petroleum engineering specifically — and energy in general — can reap huge benefits by including and encouraging a diversity of thinking without rewarding success solely based on one mold of how to think and innovate.

It was quite a powerful message, important and far-reaching. And it went way beyond the concept of inclusion as a woman professional. I think this is crucial today with the volatile economic, technology and societal challenges that the energy industry faces.

Shifting Views on Diversity Across the Industry

In talking to energy companies globally about digitalization, and the far reaching impacts that technology today does and will have on the industry, I find that some individuals, leaders and companies “get it” and some don’t.

Namely, some see that the recipe for success in applying far-reaching AI and related technologies lies with the crucial organizational shifts that must and will take place. I talk about it as the “democratization of decision-making.”

Broad access to insights derived from intelligent machine analysis of data empowers a wide spectrum of people to make minute-to-minute, impactful decisions in support of a company’s objectives and mission. The challenge is to break down the barriers that hierarchical and “stovepiped” management and organizational approaches that are typically in place, and which are as powerful impediments to digital transformation as technical adoption are.

Companies that are forging ahead in new ways, teaming together groups of knowledge workers in new cross-functional teams to solve hard technical and business problems, are rapidly moving to the head of the pack. Part of that is simply putting together people who represent different aspects of complicated optimization challenges, complicated business problems with multiple dimension and empowering them to think across organizational barriers and communicate rapidly with each other. But a significant part of it, of course, is the power of different insights that come from different ways of thinking about a problem. And, as Dr. Graves impassionedly conveyed, it takes self-confidence, commitment and independent thinking to be a key mover towards that way of working.

That evening, a local colleague of mine, Saleh, took me out to the Corniche at Al Khobar, where we enjoyed a fantastic walk along the shores of the Persian Gulf and took in the cool of the evening and the fantastic light of sunset in the Middle East. I observed groups of women, newly empowered to talk, think and walk freely in groups by themselves, similarly enjoying the inspiring evening light and air on Al Khobar’s newly upgraded walkway.