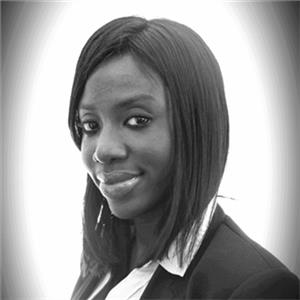 Formed in 2021, AspenTech’s Black Leadership Forum (BLF) strives to highlight the unique challenges our Black colleagues face through educational events, candid panel discussions and other programming. By fostering a supportive, welcoming environment where everyone is encouraged to share their personal experiences, the BLF aims to empower our colleagues with the tools and knowledge necessary to become empathetic and supportive teammates. As part of our work, the BLF seeks to raise the profile of our Black colleagues and encourage them to follow the many leadership career paths that AspenTech has to offer. We also work hand-in-hand with our Talent Acquisition team to create a more diverse workforce within the company.

This year for Black History Month, we are celebrating Black Excellence in STEM. Black talent is still underrepresented in this field, but history has shown that Black creators surely did earn their seat at the table.

Representation is extremely important, and often neglected when it comes to career aspiration that kids have at a very young age. Research shows, that the last decade saw a decline of African American students graduating in STEM. On top of lack of visibility, the number one challenge for minorities graduating in these fields, is to find jobs or even see opportunities of advancement, which leads them to choose fields where they might be better represented, and ultimately have better prospects. 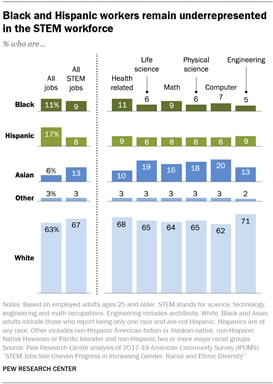 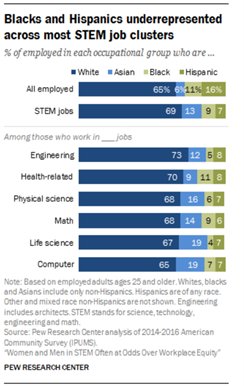 We have an opportunity to make a difference here at Aspen Tech. We must show past, current and future generations, that Scientifics, Engineers, Technologists and Mathematicians, come from all walks of life. Throughout February, we have highlighted STEM pioneers that inspired us and showed us that barriers can be pushed:

Dr. Mae Jemison joined NASA in 1987, when she became the first Black woman astronaut in space. Before that, she attended Cornell Medical School, where she received her M.D. and had a chance to travel the world with Flying Doctors.

She certainly inspired a lot of African American girls and paved the way for Stephanie Wilson, Joan Higginbotham, Sian Proctor and more.

Dr. Marie M. Daly was the first African American woman to receive a PhD in Chemistry in the USA in 1947. She is also the first African American to receive a PhD from Columbia University. Her research contributed to several discoveries around high blood pressure, cholesterol and the correlation with diets. She was also involved in encouraging Black students to enroll in medicine and science. She was a great advocate in helping increase diversity in STEM.

Dr. Daly was listed as one of the top 50 women in Science Engineer and Technology by the National Technical Association in 1999. She passed away in 2003, but leaves an amazing legacy behind her, with many women of color inspired by her research and her accomplishments.

Jerry Lawson invented the first modern video game system that allowed you to switch games using the same machine, The Fairchild Channel F console. Unfortunately, the launch of Channel F was not successful, and he quickly had to face competition with the release of the Atari 2600. Jerry is also known for being a member of the famous Homebrew Computer Club, alongside Steve Jobs and Steve Wozniak. Jerry Lawson is a pioneer often forgotten, but his incredible passion for invention and electronics, forever changed the gaming world and earned him the nickname of ‘The Father of Modern Gaming.’

Alexander Miles is best known for pushing the innovation of the automated elevator doors and received a patent for it in 1887. Miles was a businessman, but also was always trying to find innovating ways to solve problems. Manually operated elevators were unsafe and the cause of many fatal accidents. So, he invented a revolutionary idea to solve the issue.

In 2007, 120 years after his breakthrough invention, Alexander Miles was inducted into the National Inventors Hall of Fame. We hope that you are inspired as much as we are by these amazing creators. 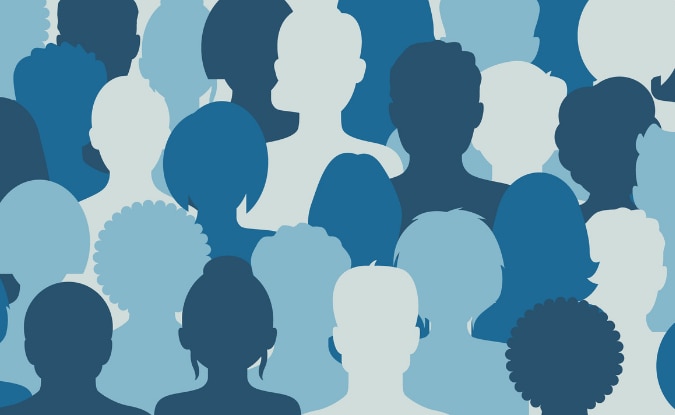 In 2021, AspenTech grew its Diversity, Equality & Inclusion Team to further promote an inclusive work environment that enables the success of all employees. 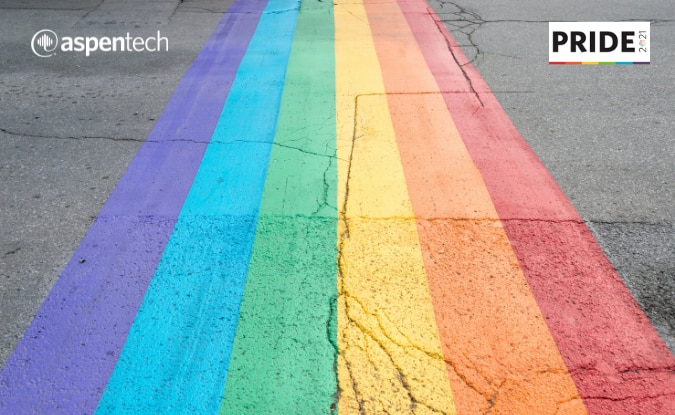