A Legacy of Innovation, Collaboration and Humor 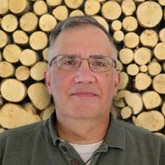 Like many others, I was very saddened to hear of the recent passing of Svante Wold, who was a key driving force in the initiation, development and practical application of chemometrics.

My first encounters with Svante were second-hand, but no less impactful. As a new graduate student in analytical chemistry in the mid-1980s at the University of Washington, I was fortunate enough to have had access to the research group of Prof. Bruce Kowalski and several of the distinguished scientists who passed through. Not only were Svante’s early published works part of my required reading, but the Kowalski group was a veritable treasure trove of information regarding Svante and Bruce’s collaboration that started one decade previous.

By all accounts, this timely and consequential collaboration was borne of a strong mutual respect, both at a personal and a professional level. At the time, there was no clear pathway for those in academia who wished to elevate the science of empirical multivariate modeling, and there was certainly no pathway for those who wished to apply this science to industrially relevant problems. Fortunately for us, both Svante and Bruce were well prepared for the task ahead: armed with innovative drive, collaborative spirit and a healthy sense of humor.

Svante, a quantum organic chemist, had already coined the term “Chemometrics” when he arrived in Seattle while on sabbatical at the University of Wisconsin in the mid-1970s, to review some research proposals at the request of Arthur Findeis of the NSF (now NIST). The “chemistry” between Svante and the Kowalski group was quite strong right away, and the group was eager to pick up the term “Chemometrics” as a brand for their innovative research. These early collaborations culminated in the formal launch of the “Chemometrics Society” in 1975 [ref 1], capped with a celebratory dinner at the Casa Lupita Mexican Restaurant on Eastlake. Svante had exceptional statistical insights for a classically trained chemist at the time, and this proved to be invaluable as the group worked hard to codify algorithms such as SIMCA classification and cross validation into the group’s “Arthur” software.

My first direct interactions with Svante had to wait until the early 1990s, at the GRC Conference for Statistics in Chemistry and Chemical Engineering. I admit that he first appeared to be quite stoic while speaking or on the discussant panel, but this quickly gave way to his approachable, inclusive and humorous qualities once we were able to speak in person. I did feel comfortable speaking with him due to our common background in chemistry, but I was nonetheless very impressed with his technical range – extending well into Quantum Chemistry, Statistics, Engineering, Biochemistry, and other disciplines.

Svante’s sense of humor is quite well-known, and I argue that it was instrumental in breaking down the institutional barriers that he and Bruce faced in the 70s. While going through one of my required readings of Svante’s work, I noticed a photo of him wearing what appeared to be a Canadian Mounted Policeman’s hat, with a rather goofy look on his face, while pointing to a computer screen. Sadly, I have not yet been able to locate this photo, but I do recall that Svante’s face in this photo was quite similar to the one in the photo shared here in another tribute. I was also informed that Svante was complicit in some of the “pseudonym shenanigans” of the early Kowalski group – where a single codified name of the group was used in acknowledgements in some peer-reviewed publications. Svante coined the pseudonym “Maynarhs”, for “MAY Never Any Relevance Hinder Science” for the Kowalski group, and this appeared in several published works at the time (for example, this one). As a high-strung graduate student, these served as friendly reminders that I should never take myself too seriously.

Fast forward to today…and considering the vast install base of Chemometrics and adjacent technologies like Process Analytical Technology (PAT) in a wide range of industrial verticals, it is fair to say that Svante’s contributions have had a profound positive impact – both on industry in general and on the career trajectories of myself and many others. His contributions, and humor, will be greatly missed.