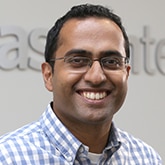 A colleague of mine recently mentioned that International Biodiesel Day was coming up on August 10th. It piqued my interest, so I decided to learn more about the day. I was fascinated to read that 128 years ago on August 10th, Rudolf Diesel, the legendary German mechanical engineer, and inventor of the diesel engine, tried using a biofuel (in this case peanut oil) to run his engine. It was interesting to note that biofuels have been in play right from the origin of combustion engines, which made me reflect on today’s drive towards incorporating more biofuels into our fuel mix.

I recently had a discussion with Jita Bharali, an R&D engineer working for one of Asia’s leading oil refinery groups. Following a government mandate, Jita’s refinery set a goal to have 5% of their diesel production be green diesel by the year 2030. Naturally, the onus to make this happen fell on the shoulders of their R&D team. In part, because of the growing awareness in the country of the potential harmful effects of reusing cooking oil, they started exploring the feasibility of converting used cooking oil to green diesel. The idea made sense to them since used cooking oil comprises a large segment of available biofuels in that country. More importantly, this initiative would also enable Jita’s refinery to make a significant contribution towards reducing carbon emissions in the country and overall sustainability efforts.

I was equally fascinated to learn that to achieve its goal, the refinery was planning to use approximately 10% of all used cooking oil produced in the country. Because it is one of the most populated nations in the world, with significant amounts of used cooking oil produced, the team’s goal was even more impressive. The major challenge for the R&D team was the nature of the feedstock. They were experts in processing crude oil, not cooking oil!

Jita was especially appreciative of the molecule-based reactor modeling technology available within Aspen HYSYS®— a capability not available with any other commercially available process simulation software. She explained how the molecule-based reactor modeling helped them analyze the reaction of the cooking oil, in terms of nearly 100 molecules (over 200 distinct reactions). She also mentioned that this molecule-level analysis significantly reduces operational risks by mitigating risks from the “unknown”— especially when dealing with a feedstock that is drastically different from anything they have handled before.

The power of molecule-based modeling in Aspen HYSYS has been leveraged by many other refining companies like Sinopec Corp., one of the largest integrated energy and chemical companies in China. I encourage you to read this recent whitepaper by my colleague Zhen Hou, and others, which is a testament to the technological advancements made in this area.

On a personal level, my conversation with Jita enforced my own pride in the value AspenTech brings to the capital-intensive industries and the world at large. For almost a decade, I have had the good fortune to observe and work closely with the brilliant minds behind our technology. It was most inspiring to see dedicated engineers like Jita leveraging advancements we have made in technology to push the frontiers of sustainability. These observations reassure me of the likelihood of our success enabling a sustainable future for the capital-intensive industries, both environmentally and economically.

For those of you interested in learning about the molecule-based reactor modeling technology within Aspen HYSYS, I encourage you to watch our on demand webinar on the subject. 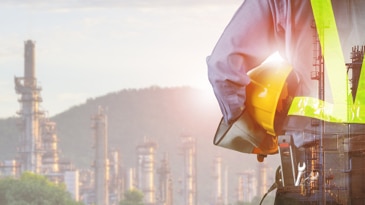 Finding ways to use petroleum resources while meeting the increasing demand for high-quality products and environmental regulations is one of the key challenges faced by the refining industry. 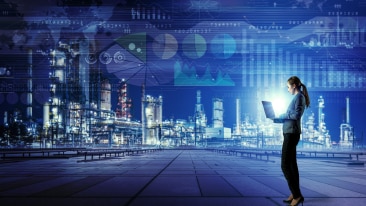 On-Demand Webinar: Learn How to Develop a High-Fidelity Digital Twin of Your Hydrocracker Unit