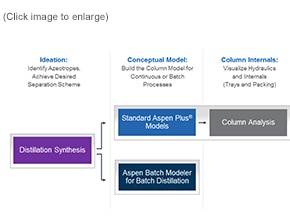 The world’s leading tool for modeling CO2 capture and acid gas removal is even better. See how Aspen Plus makes it easier to understand your footprint, comply with regulations and manage emissions. 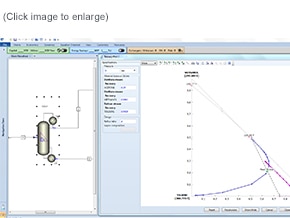 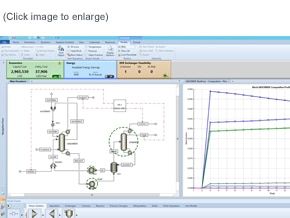 You also have the ability to import schemas directly from Aspen Distillation Synthesis. 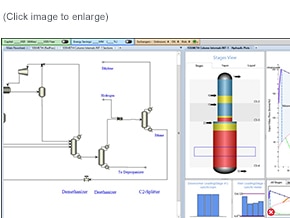 Get a More Detailed View of Your Distillation Columns

Column Analysis in Aspen Plus allows you to immediately identify hydraulic issues (i.e. flooding and weeping) and understand the operating envelope for the entire column. Evaluate how modifications in packing and trays change the hydraulic operability of your columns. Downcomer choke flooding is now included in V10 to provide an indication of ineffective vapor disengagement at higher liquid flows. 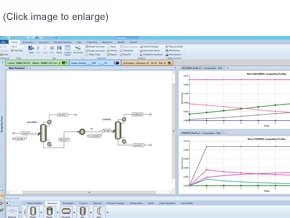 Use Aspen Batch Modeler in Aspen Plus for batch distillation modeling to predict and optimize cycle times, as well as pressure levels. Rigorous batch distillation modeling capabilities enable you to quickly and cost-effectively determine the optimum design and operating conditions, while maintaining the required product quality and purity, and ensuring safe operation.

Live Webinar: How to Unlock Value from your Industrial Data