AspenTech Journey Over the Past 40 Years

The AspenTech journey has been an amazing success story 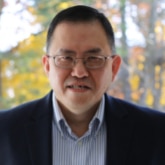 Built upon the research developed at the MIT ASPEN Project, the company successfully challenged the established simulation players at the time and quickly became a recognized market leader. After 40 years, AspenTech remains an independent company with a broad product portfolio that is the envy of the industry and our competitors. Customers around the world depend on our products every day to run their assets safer, greener, longer and faster.

All these accomplishments were possible because of the company’s ability to re-invent itself time and again to help customers solve new and challenging problems. In the process, AspenTech has introduced many game changing innovations that have changed how assets are designed, operated, maintained and optimized around the world every day.

For our 40th Anniversary, it is fitting to look back at the company’s history to serve as inspiration for us to transform the industry once again with the Self-Optimizing Plant and Industrial AI.

In response to the energy crisis in the 1970’s, the ASPEN (Advanced System for Process Engineering) Project was funded at a cost of $6 million by the U.S. Department of Energy and over 65 process industry companies in the United States, Europe and Asia. The project was housed on the first floor of the famous MIT Building 20.  Building 20 was home to the MIT Radiation Lab during World War II, which made major advances in radar and microwave technologies and where nine Nobel Prize recipients worked. Building 20 served as the “magical incubator” for many MIT research programs until it was torn down in 1998. 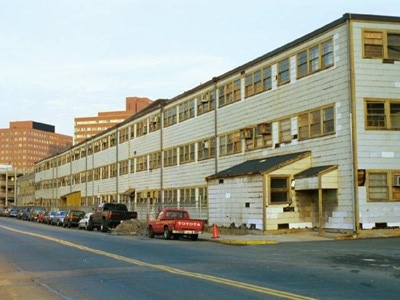 The ASPEN Project mission was to develop the “next generation” process simulator to advance the state of the art, with the infrastructure and capabilities to handle any process industry, especially synthetic fuel processes. The project was led by Professor Larry Evans and involved 31 visiting engineers, project faculty and professional staff, as well as seven post-docs and 135 students (graduates and undergraduates). Chau-Chyun Chen, Fred Ziegler, Andy Lui, Tom Kisala, Rosalyn Preston, Bill Mock, Suphat Watanasiri and I were among the students that later became AspenTech employees.

The project provided a very dynamic and innovative learning environment. Students developed software solutions to solve complex simulation problems (not solvable before), working with pioneers in using computers to solve chemical engineering problems.  Students spent their time in Building 20 at all hours, including evenings and weekends.

The result of the project was the next-generation process simulator, ASPEN, that could simulate large, complex processes involving highly non-ideal mixtures, solids and electrolytes thereby extending the benefits of process simulation to complex chemicals, coal conversions and synthetic fuels processes.   The innovations had a transformative impact on the way process simulation was practiced and provided the foundation for subsequent advancements in process simulation and optimization. 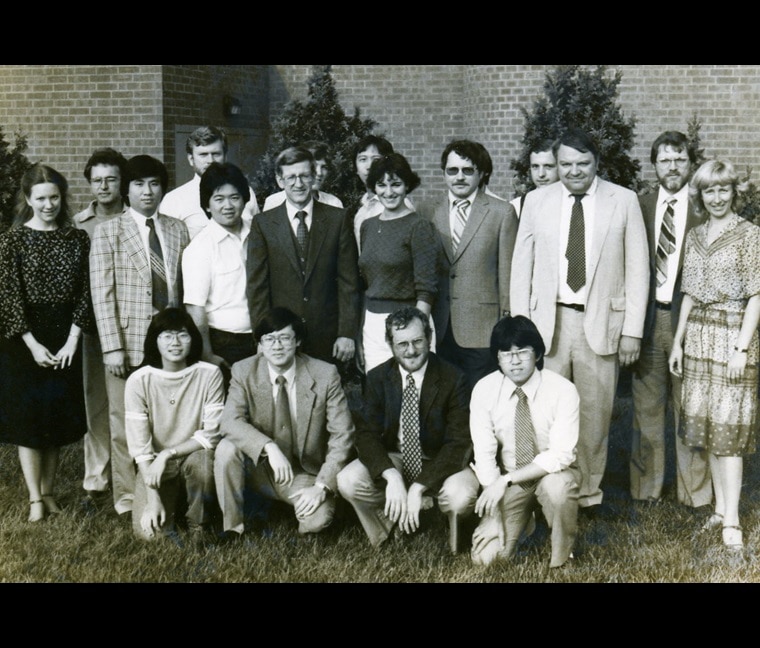 The company vision was to provide cutting-edge computer-based process engineering tools and technology to enable process engineers worldwide to design new processes and improve efficiency and productivity of existing plants.

Our first office was part of a renovated warehouse leased from MIT. We were excited when we acquired our first DEC VAX 11/780 minicomputer running VMS with 1 MIPS for development. Very quickly and with limited resources, AspenTech launched Aspen Plus (a commercial version of ASPEN) with innovative, first of its kind capabilities for the chemical industry, including modeling capabilities for three-phase/reactive distillation, non-ideal physical properties, electrolytes, polymers and flowsheet optimization.

We flew all over the world to visit prospective customers (usually with more experienced engineers than many of us) to solve their toughest problems. During these engagements, we talked to prospective users during the day and solved their problems in the evening. As we signed license agreements, many of us travelled globally to train engineers, first in US, then in China, Europe, Japan and other parts of Asia.

Given the company’s small size, we all wore multiple hats. In fact, we had a fireman’s hat that was passed around and whoever received the hat would be the hotline engineer for the day. Hotline issues were recorded on pink sheets and were passed to the relevant owner to resolve.

Through great effort and teamwork, we successfully challenged the well-known products in the market at the time such as Chemshare and Pro-II and established our market presence in US, Europe, and Asia. Full time staff grew to over 200 toward the end of this phase. 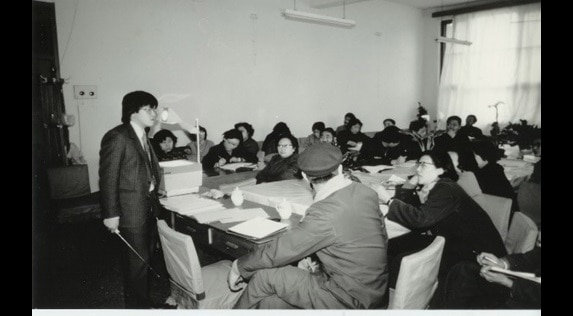 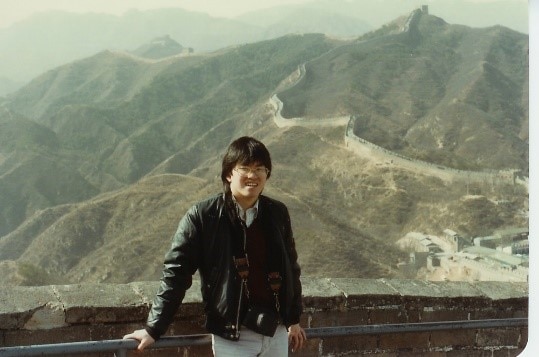 In 1994, AspenTech became a public company with a very successful IPO on NASDAQ, with a stock price opened at ~$13/share. Following the IPO, AspenTech began a series of 23 acquisitions to integrate best-in-class technology companies and top talents to build out a product portfolio for Engineering Design, Manufacturing and Supply Chain. This acquisition spree started in 1995 with the purchase of ISI to provide us with process information management technology.

In 1996, AspenTech orchestrated the simultaneous acquisition of DMC Corporation and SETPOINT on the same day, which more than tripled the size of AspenTech to 950 employees and became the talk of the industry. Both companies were recognized leaders in the field of Advanced Process Control and head-to-head competitors. Neither company was aware that the other was being acquired. Subsequent integration meetings were very interesting, to say the least. These two acquisitions brought top talents and domain experts in real-time plant optimization to the company.

This phase also brought PIMS, APS, AFO and Supply Chain Management (SCM) products to AspenTech, providing us with market-leading production planning and scheduling as well as supply chain solutions. AspenTech also extended the Engineering product portfolio through the acquisitions of what are now the Aspen Exchanger Design and Rating™ (EDR), Estimating and Basic Engineering products. Finally, in 2002, AspenTech acquired Hyprotech, which greatly expanded our Engineering solutions and gave us a strong simulation presence in upstream and refining.

While this phase greatly expanded our product portfolio and delivered innovations such as Equation-based Aspen Plus and RT-Opt, it also created several operations and integration challenges across the organization.

In 2005, Mark Fusco joined AspenTech as CEO to begin building a solid, integrated foundation to set up the company for growth. This phase refocused the company on its core competence and businesses (Engineering Design, Manufacturing & Supply Chain). We moved to integrate the products and operations resulting from the many acquisitions. We consolidated 19 R&D locations down to three main locations (Burlington, Houston and the newly formed Shanghai office). The new commercial model (token and subscription based) was introduced for all products. Several game changing innovations were delivered in this phase, including PIMS-AO, Advanced Process Control (APC) Calibrate, aspenONE Process Explorer (a1PE), Engineering Activation in Aspen Plus/HYSYS, Molecular Modeling, and new user interfaces (UI’s) for Aspen Plus, Aspen HYSYS and Aspen SCM.

Everyone learned about the importance and value of resiliency, discipline, decisiveness and execution.  Many challenges were addressed, putting AspenTech on a solid foundation for the next phase. Toward the end of this phase, we also re-established our connection to academia with the creation of the Aspen Academy consisting of six world-class professors. 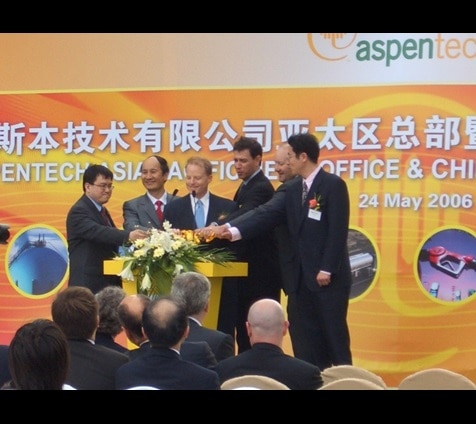 Under Antonio Pietri’s leadership which began in 2013, we are now in the growth and transformative phase, in which we are re-inventing the company and transforming the industry once again through the grand vision of Industrial AI and the Self-Optimizing Plant. To achieve this goal, we have, in record time:

The world has become much more dynamic with recent events and there is universal industry emphasis on sustainability and digitalization. These trends have forced the industry and our customers to adapt to new business practices. The good news is that our products and expertise, together with the Self-Optimizing Plant and Industrial AI vision, are in a unique position to address these customer requirements, thereby providing enormous opportunities for the company.

Happy 40th Anniversary to AspenTech! I look forward to all of us playing a leadership role in capturing the opportunities ahead, and in so doing transforming the industry once again.