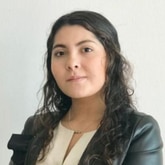 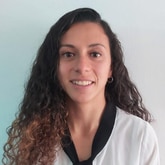 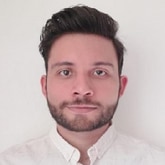 As a company, we celebrate National Hispanic Heritage Month and the culture and contributions of our Latin American employees because we understand that the unique talents, experiences and voices of all our team members makes us stronger. It is fitting that The National Council of Hispanic Employment Program Managers (NCHEPM) announced the theme for this year’s National Hispanic Heritage Month Observance as: “Unidos: Inclusivity for a Stronger Nation.” Building a diverse and inclusive workforce is a fundamental pillar of AspenTech’s culture, so, with that in mind, we invite you to learn more about Latin American culture and the diverse community that makes AspenTech a great place to work.

In the Latinx community, warmth and connectedness can be felt, not only in food and folk traditions, but in daily activities – like traditional games - that occur at home with family and friends. Here are two of the most common:

Dominoes
This game is prevalent in Latin countries — especially in the Caribbean region – and typically consists of 28 numbered tiles, but what is special about it? Beyond the rules and the different scores, dominoes are part of a family tradition. It is common to see Sunday roasts where an entire the whole family gets together to share, with and both adults and children competing compete to see who is the best. It is in laughter, the union, and the moment itself that makes the domino an essential part of what most identifies us as Latinxs: family.

This game became particularly popular during the Mexican War of Independence and was frequently played by soldiers. Players each get one of more than 50 cards, each of which features different images representing Mexican culture. The lottery is played on all kinds of occasions: parties, birthdays and public events in cities or towns, where the entire community gathers in public squares to share a fun, unique game which is very present in the traditions of Mexico.

Seeing someone like us doing things that supposedly are reserved for other people allows us to look up, dream big, spread our wings, work hard and go for it.

The Hispanic presence is growing in all areas, these people are an example of it:

Latinx Dictionary and Phrases
Have you ever heard different words that only the members of a certain community and/or culture understand?

Don’t worry! These slang words and phrases are commonly used in conversation in the Latinx community in daily conversations. The meanings have evolved over time to reflect the values and attitudes of the culture, and sometimes slang gives standard words new meaning.

Below are some examples of the most common slangs words and phrases:

As an additional way to celebrate Latinx culture and heritage, we have curated a Spotify playlist for you to learn and enjoy popular and representative Hispanic music.