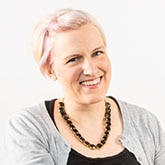 Ben Walton is a senior process engineer with Sulphur Experts. He has over 14 years providing advice and support in plant inspection, testing and plant optimization for sour gas and oil refining industries. He has a B.Sc in environmental science from Royal Road University in Victoria, B.C.

I sat down with Ben to ask some questions about his experience and how he sees the industry in the future.

Larae Baker (LB): What advice would you give people about when to reach out to a sulfur recovery expert?

Ben Walton (BW): I tell my clients to use us as a resource. We specialize in just sulfur recovery, which is rare. Most process engineers I run into oversee many different units - sulfur plants are just one of them, so they don’t have the time to specialize in just sulfur recovery units (SRU). And the other thing is that we work all over the world and we see so many different plants. You may be having a problem at your particular plant that’s new to you, but probably not new to the industry. We at Sulphur Experts have probably seen it somewhere else and know what did or didn’t work.

My advice is don’t be scared to say you don’t know something. You’re not going to have as much sulfur experience in one facility as Sulphur Experts does, and we may be able to solve the problem over the phone or through email and save you time and energy. Troubleshooting may take you more time on your own, and the time savings we can provide might be worth the cost of using our services.

LB: You’ve worked in the European market and the North American market – do you see significant differences in those regions, and what are some things each region could learn from the other?

BW: I did find differences between the two. In Europe we conducted more regular testing for our clients. They take a more proactive approach – testing every year and keeping a working database so we could probably identify something before the problem became a huge issue for them. In North America, that culture does not exist as much, it’s more common to test and troubleshoot after something goes wrong. The North American market could learn to take a more proactive approach to sulfur plant testing and optimization.

The flip side to that is that in North America, especially in the U.S., it is very common to see sulfur recovery efficiencies at 99.9% or more, as government mandated. And carbon monoxide, for example, is a controlled pollutant in the U.S., but I’ve never seen that anywhere else. I’d like to see Canada and Europe take a page out of America’s book and increase their scrutiny on sulfur dioxide emissions and add other pollutants like carbon monoxide and CO2 to try to reduce those emissions.

LB: What do you see changing in the industry in the next 5-10 years?

BW: I think more attention is going to be paid to the SRU in particular. Emissions are getting more strict and hydrogen sulfide flaring is scrutinized more by the environmental departments. In some jurisdictions if something happened with the sulfur plant, the acid gas would be flared, and maybe the facility would have to pay a small fine. But if you can’t flare any more, if your SRU goes down everything upstream is affected and that can cost the refinery money. So the sulfur plant is getting more and more attention.

In the past, new employees and new grads were assigned the sulfur plant because of the minimal lack of impact on the bottom line of the refinery. But when the sulfur recovery unit directly impacts the bottom line, more and more training and care is going into the SRU, which I anticipate increasing over time. More attendees are coming to our seminars because producers are seeing that they can’t just take a new grad with a textbook about sulfur unit operations and expect that to be sufficient.

Also, in January 2020, the IMO low-sulfur rule goes into effect. I’ve noticed a few refineries are installing units to meet the new specifications but for the most part the industry is completely unprepared. There’s going to be more sulfur being produced if refineries are going to meet that standard. We’re going to see an increase in capacity issues at refineries -- they’ll need to build more sulfur plants or increase existing capacity.

And I think there will be more attention on SRU operations and training, with a focus on reliability reviews.  Refiners have a vested interest in increasing SRU reliability.

LB: What has been one of your more surprising findings in your work on sulfur units?

BW: The most surprising finding I’ve had overall has been the lack of training and understanding in the basic operation of an SRU. I’ve had clients improperly shut down their SRU, leave sulfur in the unit for extended periods of time and then try to start it up again without knowing corrosion would be an issue. Other times, they’ve put their tail gas analyzer in manual and added more air to the reaction furnace to increase the temperature. They’ve done this because it says in a manual somewhere that the furnace temperature must meet a minimum temperature specification. However, then they’re going off ratio and the sulfur recovery efficiency decreases. The whole point of having a sulfur plant is to remove sulfur.

I also learned something surprising about the Claus Unit and tail gas treating unit (TGTU), which is the topic of our upcoming webinar. I’d known for a while that the 2:1 ratio was not as important to maintain as people had assumed, but I’d never modeled it until now. It’s interesting gathering that data for yourself. Same thing with the condenser loss or converter loss, it surprises me how little of a difference it makes on the overall sulfur recovery efficiency. TGTUs are very robust. I’ll be talking more about that in the upcoming webinar and showing how plant personnel can test it for their own facilities.


Ben Walton will be presenting about the impact of changes in the Claus Unit to the tail gas treating unit in sulfur recovery. Specifically, he will talk about running outside of the standard 2:1 ratio, and the impact if a condenser or converter is lost.

Register here to join the webinar live on 22 May!

Siirtec Nigi increased their sulfur production from 50 to 90 tons per day using Aspen HYSYS Sulsim to simulate the case study and conduct a sensitivity analysis around their oxygen enrichment. The new process required minimal equipment changes and no additional downtime other than turnaround. 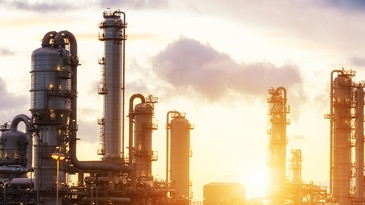